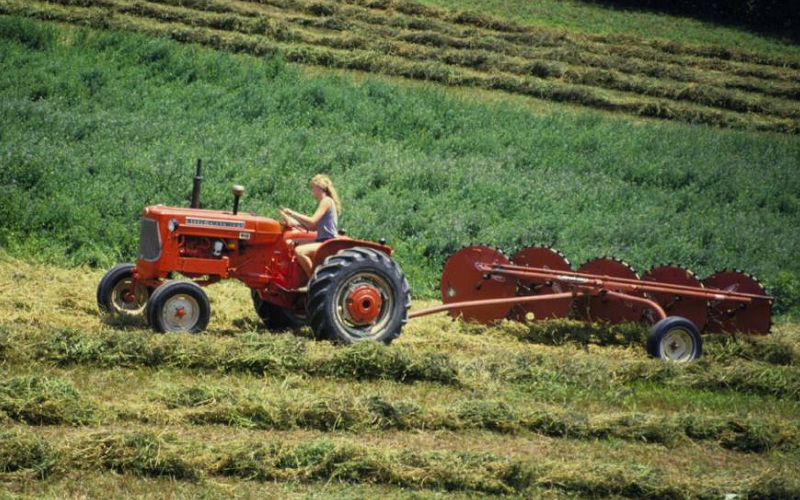 Farming Then and Now

A homestead at last! Many eastern families who longed for the opportunity to own and farm a plot of land of their own were able to realize their dreams when Congress passed the Homestead Act in 1862. That landmark piece of legislation provided 160 acres free to any family who lived on the land for five years and made improvements. The same amount could be obtained instantly for the paltry sum of $1.25 per acre.

Combined with the completed transcontinental railroad, it was now possible for an easterner yearning for the open space of the West to make it happen. Unfortunately, the lives they found were fraught with hardship.

There were tremendous economic difficulties associated with Western farm life. First and foremost was overproduction. Because the amount of land under cultivation increased dramatically and new farming techniques produced greater and greater yields, the food market became so flooded with goods that prices fell sharply. While this might be great for the consumer, the farmer had to grow a tremendous amount of food to recoup enough profits to survive the winter.

New machinery and fertilizer was needed to farm on a large scale. Often farmers borrowed money to purchase this equipment, leaving themselves hopelessly in debt when the harvest came. The high tariff forced them to pay higher prices for household goods for their families, while the goods they themselves sold were unprotected.

The railroads also fleeced the small farmer. Farmers were often charged higher rates to ship their goods a short distance than a manufacturer would pay to transport wares a great distance.

The woes faced by farmers transcended economics. Nature was unkind in many parts of the Great Plains. Blistering summers and cruel winters were commonplace. Frequent drought spells made farming even more difficult. Insect blights raged through some regions, eating further into the farmers’ profits.

Farmers lacked political power. Washington was a long way from the Great Plains, and politicians seemed to turn deaf ears to the farmers’ cries. Social problems were also prevalent. With each neighbor on 160-acre plots of land, communication was difficult and loneliness was widespread.

Farm life proved monotonous compared with the bustling cities of the East. Although rural families were now able to purchase mail-order products through catalogs such as Sears and Roebuck’s and Montgomery Ward, there was simply no comparison with what the Eastern market could provide.

These conditions could not last. Out of this social and economic unrest, farmers began to organize and make demands that would rock the Eastern establishment.

While the family farm has greatly dimished in quantity and importance over the years, overtaken by big business mega-farms, small farms still exist, and hold an endearing place in our culture. Lately many people who worked in high-tech environments have longed for a simpler life and have turned to farming as a way to meet this need. Some have foregone the ultra-modern approach and started small, old-school farms. Some even buy vintage tractor manuals and work on repairing and restoring old tractors and farm equipment. Not just to save money, but also to satisfy their need to lead a “hands-on” existence.

You can read more about farming life and some of the difficulties farmers encounter in this post at the Farmers Life website.