Everyone likes to read while taking their coffee break. Now you always have some great reading material on-hand for that break — welcome to Little Coffee Break!

The popularity of the study of history has been steadily dropping in the United States. History, it turns out, is just “too boring.” Oh really? We strongly disagree. Perhaps it’s the presentation of history that is at fault, and not the history itself. Please take some time to explore our wealth of articles on topics of history that most mainstream books and sites ignore. And, before leaving, be sure to sign up for our free newsletter.

The Role of Water and Health In History

Water is life – and life on earth is linked to water. Our existence is dependent on water, or the lack of it, in many ways, and one could say that our whole civilization is built on the use of water.

This article examines the influence of water on public health throughout history. Farming and the development of settlements lead to the beginning of the problem that faces mankind today – how to get drinkable water for humans and cattle and how to manage the waste we produce. The availability of water in large quantities has been considered an essential part of civilization throughout the different periods: Roman baths needed a lot of water, as do the water closets and showers used in current Western civilization. The importance of good quality drinking water has been established for years. However, the importance of proper sanitation was not understood until the 19th century. 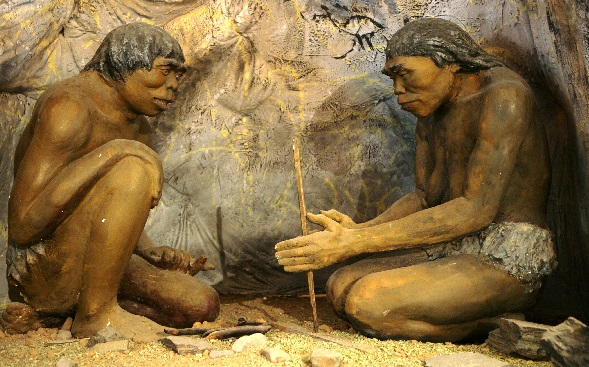 Modern humans (Homo sapiens) have dwelled on this earth for some 200 000 years, most of that time as hunter-gatherers and gradually growing in number. Approximately 50 000 years ago modern man began to inhabit every corner of the world and people were constantly on the move. Occasionally people were troubled by pathogens transmitted by contaminated water, but the general aversion for water that tasted revolting, stank and that looked disgusting must have developed quite early during the biological and cultural evolution of humankind. It has been postulated that the waterborne health risks of hunter-gatherers were small.

Archaeological and written sources concerning water and sanitation can, however, only be found from relatively recent times. Thus, in reconstructing the history of water and sanitation of this hunter-gatherer phase, we have to rely on the analogies of later societies. Modern anthropological studies and recorded mythologies of indigenous peoples play an important role in these analogies while observing primates and other more evolved mammals can also give us useful information. 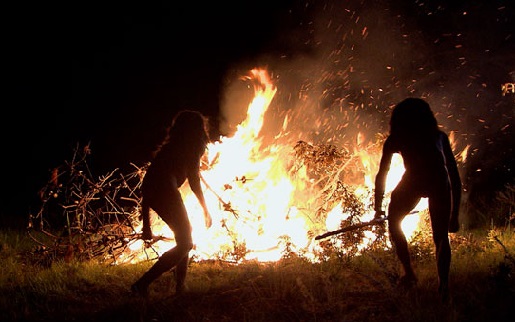 Some 10,000 years ago, when people adopted an agrarian way of life, mankind established permanent settlements. This new type of livelihood spread everywhere and the population began to expand faster than ever before. Sedentary agricultural life made it possible to construct villages, cities and eventually states, all of which were highly dependent on water. This created a brand new relation between humans and water. Pathogens transmitted by contaminated water became a very serious health risk for the sedentary agriculturists. In this world guaranteeing pure water for people became a prerequisite for successful urbanization and state formation.

The earliest known permanent settlement, which can be classified as urban, is Jericho from 8000–7000 B.C., located near springs and other bodies of water. In Egypt there are traces of wells, and in Mesopotamia of stone rainwater channels, from 3000 B.C.. From the early Bronze Age city of Mohenjo-Daro, located in modern Pakistan, archaeologists have found hundreds of ancient wells, water pipes and toilets. The first evidence of the purposeful construction of the water supply, bathrooms, toilets and drainage in Europe comes from Bronze Age Minoan (and Mycenaean) Crete in the second millennium B.C.

The experience of humankind from the very beginning testifies to the importance and safety of groundwater as a water source, particularly springs and wells. The way in which water supply and sanitation was organized was essential for early agricultural societies. If wells and toilets were in good shape, health problems and environmental risks could be avoided.

The realization of the importance of pure water for people is evident already from the myths of ancient cultures. Religious cleanliness and water were important in various ancient cults. Ideas of the salubrity of water were connected to the general “scientific” level of the society. The first known Greek philosophical thinkers and medical writers also recognized the importance of water for the public health.

The first urbanization in Europe occurred during antiquity (500 B.C. – 500 A.D.) around the Mediterranean region. The share of urban population reached some 10–20% in the centuries around the birth of Christ. The most urbanized areas were the Eastern Mediterranean, Egypt, North Africa (modern Tunisia), the Apennine Peninsula (modern Italy), and the southern part of the Iberian Peninsula, most of which were areas of quite modest rainfall. In this period the archaeological and written sources become richer, and consequently improve our possibilities to study the relationship between water and health of people (see amnh.org). 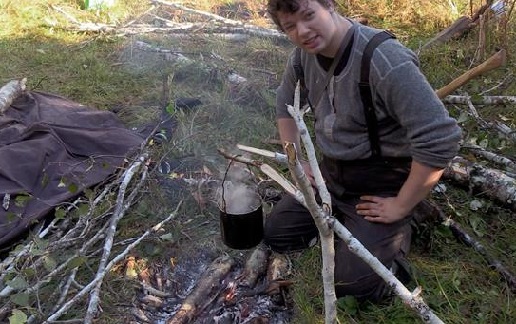 Alcmaeon of Croton (floruit ca. 470 B.C.) was the first Greek doctor to state that the quality of water may influence the health of people. Hippocratic treatise Airs, Waters, Places (around 400 B.C.) deals with the different sources, qualities and health effects of water in length. Various other Hippocratic treatises (mostly written around 400 B.C.) contain short comments on the influence of water on the health of people.

According to B.C. Vitruvius from the late first century, marshy areas must be avoided when the site of a city is chosen. Pliny the Elder in the first century A.D. had in his works a long section concerning the different opinions on what kind of water is the best. One of the most famous doctors during antiquity Galen (2nd century A.D.) summarizes the preferable qualities of water.

The quality of the water was examined by the senses: taste, smell, appearance and temperature. Also the health of the people and animals using a water source was considered. Throughout antiquity tasty or tasteless, cool, odorless and colorless water was considered the best, and stagnant, marshy water was avoided. These ideas were held until the end of antiquity as expressed by Palladius or Paulus Aeginata. The ancient Greeks and Romans were also quite aware of the dangers of water coming from hills and mountains where mining was practiced.

The ancient authors have thus made some comments about the influence of different kinds of water on the health of people, but had these comments any influence on the health of people is hard to infer. Because of the inadequacy of sources, it is practically impossible to evaluate the health of ancient populations and the role of water in it. It is, however, quite safe to conclude that despite the impressive measures used to obtain pure potable water, urban centers had serious public health problems. The ancient Greek or Roman society did not have the interest or the means to deal adequately with matters of public health.

The destruction of the world’s forests is a major concern in our age. According to the UN about 40 percent of Central America’s forests were destroyed between 1950 and 1980 and during the same period Africa lost about 23 percent of its forests.

A whole range of environmental problems is associated with deforestation, among them severe flooding, accelerated loss of soil, encroaching deserts and declining soil productivity. Sometimes we get the impression that these problems are unique to our time, but vast areas of surface of the earth were stripped of their tree cover well before the modern period.

Today it is hard to believe that in antiquity vast forests were growing in the Middle East. However, during the early part of the third millennium BCE, the mountain slopes of this region were covered with massive cedar forests. These forests disappeared in the millennia before Christ’s birth about two thousand years ago.

The destruction of the cedar forests of the Middle East is told in the oldest know, surviving written story in the world: The epic of Gilgamesh. The epic was written in Mesopotamia sometime during in the 3rd millennium BCE. The second episode of the epic is known as “The forest Journey” and is the story of deforestation in the Middle East.

The forests of the ancient Near East were the resource for the construction of temples and palaces in the kingdoms and empires in the Fertile Crescent. The rulers of these kingdoms and empires undertook massive building programs to display their power and wealth. In doing so they needed large amounts of, mainly, cedar timber.

The story of Gilgamesh is the story of the ruler of the city-state of Uruk, in what is present-day Iraq. Gilgamesh wished to make for himself “a name that endures” by building “walls, a great rampart and the temple of blessed Eanna”. To realize his ambitious construction program he needed large amounts of timber and, fortunately for Gilgamesh, the natural forests of Mesopotamia remained almost untouched at that time.

According to Perlin, most of the Ancient Middle East lost its forests by the end of the third millennium BCE. He argues that this removed one of the fundaments under the ancient civilizations in the Middle East and as a consequence the center of trade and power in the Mediterranean shifted to areas that still had sufficient reserves of timber: Crete and the Greek world. 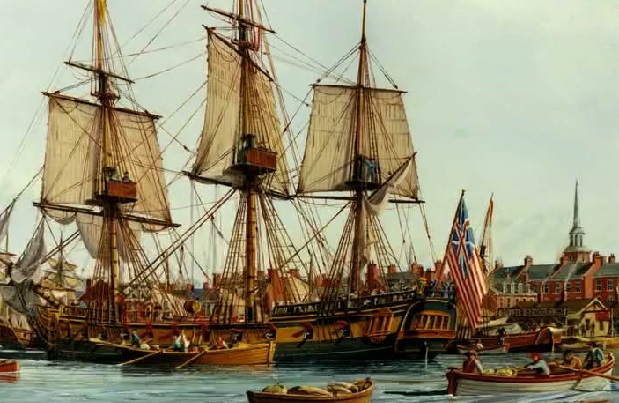 The kingdoms and empires in the Middle East started to import wood for timber, fuel and bronze from the island of Crete but in the long run this was not sustainable.

In the early second millennium BCE, the Minoan civilizations developed on Crete and its economy was based on the abundant availability of wood. This was used for fuel in the copper furnaces for the production of bronze, the major export of Crete at that time. The Minoan civilizations flourished for about 600 years, but by 1450 BCE it suddenly collapsed almost entirely.

Perlin attributes this solely to the massive deforestation of the island. That is very unlikely because the collapse of the Minoan civilization was caused by the massive eruption of the Thera Volcano. This buried Crete under a layer of ash and large Tsunamis destroyed coastal areas. It is likely that the eruption caused a temporary massive loss of woodlands on the island and as a result the Minoans had to turn to Greece for its timber and fuel supplies and soon the center of gravity moved to the Greek world.

The rise of Britain

Because of the relative late development, during late Middle Ages and early Modern Period, of large-scale shipping and industry around the North Sea basin, shortages of wood only appeared in the early Modern Period. In England the first signs of timber shortages were noticed during the wars against France in the 1620’s. In order to obtain enough timber for its fleet, England started to import wood supplies, first from the Baltic region and Scandinavia, later from the Colonies in North America.

In the middle of the 18th century Europe faced an acute shortage of wood, and as a consequence, an energy crisis. The response to the energy shortage was the increasing use of an inferior fuel: coal. The change from wood to coal as major energy source had far reaching consequences.