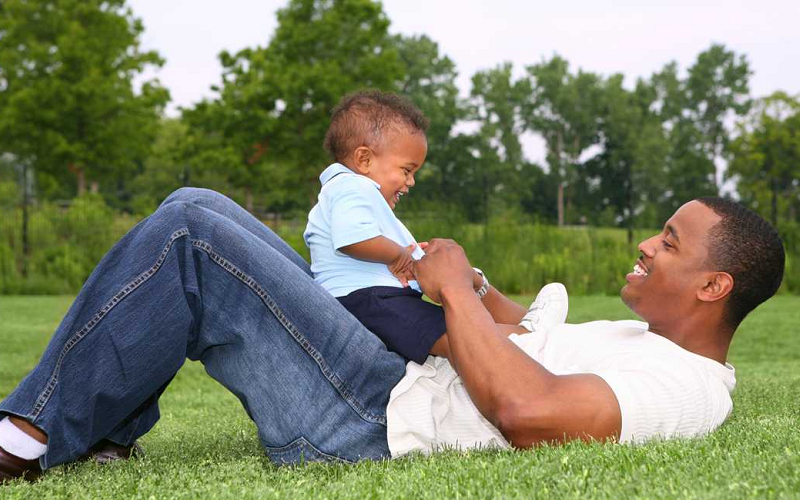 Father’s Day has never had the gravitas of Mother’s Day, but most Dads’ get a card and a shirt and the proverbial ugly tie. There is a group of fathers, however, that outdo Rodney Dangerfield in terms of getting no respect. Stepfathers not only are disrespected, a prominent sociologist and social commentator recently said that a woman with children who is remarrying is committing child abuse! This is an incredible accusation to lob towards the large number of stepfathers who provide financial and emotional support to their stepchildren, often while maintaining relationships with their biological children who do not live with them. Why has it become acceptable to malign stepfathers?

Although not all studies report that stepchildren are more likely to be abused by stepfathers than children are by their fathers, the preponderance of research indicates that children are more at risk for abuse if they live in a household with an adult who is not their genetic parent. Perhaps these studies are the main source of the antipathy towards stepfathers. A problem with most of these studies, however, is that all men who are unrelated to the children’s mother and living with her and her children were lumped into the category of “stepfather.”

These studies could have, and no doubt did, include boyfriends, uncles, grandfathers, and friends of the mother. Even at that the percentage of those men who abused the children was quite small. If you limit the category of “stepfather” to those men who have married the mother of their stepchildren, there is little difference between biological fathers and stepfathers in propensity to abuse the children. A well-known Canadian study of 141 infant homicides reported that children are 100 times more likely to be abused or killed by a stepparent than a genetic parent, even though 88 of these infants were killed by their biological mothers, not their stepfathers.

To what extent are stepchildren at greater risk for being abused by a stepfather? One problem in answering this question is that nobody knows for sure how many stepchildren there are, much less how many live with a stepfather – one approach to determining their risk for abuse is to examine the rates of abuse for children who live with only one parent and another adult and compare that rate to the estimated proportion of all children who are stepchildren.

Most estimates have under-reported stepchildren because of how demographers have defined households and because household membership is fluid in post-divorce families (children move in and out). The question of the magnitude of risk for stepchildren is related to how many stepchildren there are estimated to be, and estimates vary – 9%, 10%, 17%, more? Most researchers have used the smaller estimates, which serves to inflate stepparent abuse rates.

The media have picked up on the evil stepfather image and movies such as The Stepfather slasher series, Radio Flyer, and The Amityville Horror depict stepfathers in an extremely negative light. There are few movies to offset these horrible views, although Tender Mercies and Daddy’s Home feature kind and caring stepfathers and Little Miss Sunshine depicts a stepfather-stepson relationship that is more normal than the rest of the family in that movie.

Lost in the hysteria about abusing “stepfathers” is history. The United States has a proud past of notable stepfathers. In fact, George Washington, the Father of our country, was a stepfather to Martha’s children. Dr. Seuss was a stepfather, as was the famous baby doctor, Dr. Spock. Other famous stepfathers include authors C.S. Lewis and E.B. White, actors Ashton Kutcher and Brad Pitt, Senator John Kerry, and singer Johnny Cash.

As pointed out at nbcnews.com, in spite of their fame and large numbers, however, stepfathers have no rights regarding their stepchildren. Unless they adopt them, stepfathers are considered “legal strangers” to their stepchildren. They cannot legally sign them into the emergency wards of hospitals, they often cannot visit a stepchild in the intensive care unit of a hospital because they are not considered “immediate family” (although they are “allowed” to pay the hospital bills), and they cannot have access to school records of their stepchildren, even if they are the ones helping with the homework every evening.

Stepfathers are also the largest group of adopters in the United States (even though, statistically, only a minority of stepfathers adopt their stepchildren). It is increasingly difficult for stepfathers to adopt, however, because the biological father has to agree to the adoption, and many are unwilling to give up their rights to the child. Therefore, stepfathers may have most of the responsibility for raising their stepchildren, they may provide financially for their stepchildren, yet they are stigmatized as bad parents. This Father’s Day, perhaps we should raise a toast to Stepfathers – the source of inspiration to many of our country’s leaders, the source of stability and strength to many of our country’s children, the “legal stranger” who is either overlooked or maligned.