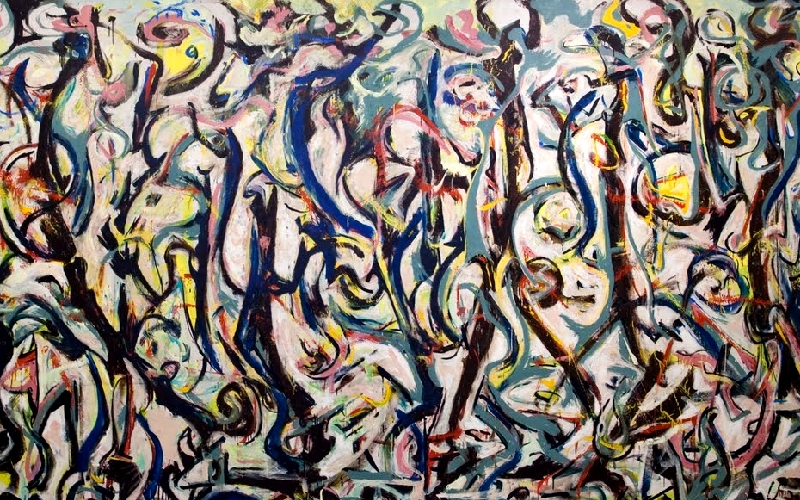 Exhibited on gallery picture rails and made credible through auctions, it seems the days of street art as an illegal artistic pastime are over. The internet and social networks, along with recognition from the art market, have thus revolutionized the way in which we approach these pieces from the street, which challenge the place of the individual within urban areas. This phenomenon has been widely challenged, starting with the very definition of street art.

In the 1950s, a new era was born and artists seized the street as a workshop. United around the idea of poetic recycling of urban reality , theorized by Pierre Restany, they incorporated elements of the urban and industrial environment into their work. Raymond Hains and Jacques de la Villeglé took down and tore up posters from the street while Arman accumulated rubbish which he then cast in Plexiglas.

The 1960s saw the birth of urban art in the broadest sense of the term. In the USA, the accessibility of the spray can transformed the cities of New York and Philadelphia into a playing field where Taki 183 and Tracy 168 affirmed their existence by writing their pseudonyms – the signature demonstrating the egocentricity of the artists.

In France, the events of May 1968 were the catalyst for transgressive and provocative expression. The messages were political, cultural and social, with a certain pœtry in evidence along with anti-establishment overtones. A number of French artists embraced urban art to a greater or lesser extent as a means of taking hold of reality : Daniel Buren used the street as a means of pursuing his political agenda, creating wild displays within the city; Ernest Pignon-Ernest, a French urban art pioneer, produced silk-screen prints questioning the place of the individual in society, which he scattered about the city at inopportune moments. 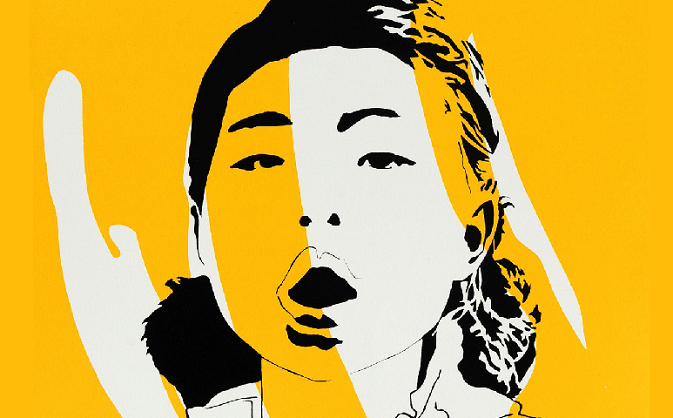 As the USA experienced economic and social upheaval and the effects of the Vietnam War, Hip Hop culture was born and its popularity soared during the Reagan era. After the low point characterizing the 1970s, New York emerged as a hub of urban and creative energy with the arrival of graffiti artists such as Keith Haring, Jean-Michel Basquiat, Kenny Scharf and even Futura 2000.

From the start of the 1980s, galleries and major contemporary art events progressively embraced the underground scene and graffiti was recognized as an aesthetic discipline. While both were invited to participate in the documenta de Kassel in 1982, Keith Haring achieved success in the same year during his first personal exhibition at the Tony Shafrazi gallery. The following year, Basquiat became both the youngest and the first black artist to be exhibited at the Whitney Museum of American Art biennial in New York. Two artists who, by taking art to the wall, contributed to making street art a genre in its own right.

The Street Art exhibition at the Tate Modern in 2008 was the first urban art exhibition to cross the threshold of an internationally recognized museum. In asking six artists (including Blu, Faile and Sixeart) to cover one of its walls with their work, the London museum demonstrated the popularity of street art among museums. This popularity was corroborated by the 80,000 spectators that hurried to attend the exhibition TAG au Grand Palais in Paris in 2009.
Street art in the sights of gallery owners and museums as well as auction houses.

While street art has not escaped the art market, the collaboration between the first two on the list has intensified over the years. Auction houses have thus become essential players and collectors increasingly attracted. Christie’s, Sotheby’s, ArtCurial, Bonhams and Drouot all sell street art, alone or incorporated within contemporary art sales. Artcurial annual street art sales illustrate the phenomenon : 566,992 euros in 2011, 1,008,206 euros in 2012 and 1,297,151 euros in 2013. This urban art development has transformed the public sales sector into a marketing medium.

Known for his photos in XXL format, JR is now enjoying international popularity, both with an admiring public and famous museums. Between the 2007 Venice Biennial and the MOCA, the artist broke down walls at the Perrotin gallery which offered him his first personal exhibition at the end of 2011.

Winner of the 2011 TED Prize, JR launched Inside-Out Project; a large-scale, effective viral marketing operation. With his XXL photo booth, the artist has attracted people in their thousands in places as diverse as New York, Paris, Tokyo and Mexico, allowing him to put his JR signature on more than 155,000 portraits which have already been sent to his New York studio. JR is also a communicator. The sheer size of his interventions and the carefully selected places mean he enjoys significant media coverage.

From being marginalized by the art world by refusing to adapt, street art is sliding towards institutionalization and gentrification. The romantic ideal of street as having developed outside the speculative fields of the art market is far from the truth. Bolstered by globalization and new technology, street art has followed the contemporary art path and adopted the same strategies. The Internet has emerged as a powerful means of visibility; photographing and sharing representative images on social networks has given new meaning to time. Urban style artwork has become more mainstream, and you can now buy artwork online for digital download from sites such as Instinct Art. The pen and ink style art can be downloaded as digital PDF files ready to be printed and framed for use in both home and professional settings.

While the effervescence of the street art market is indicative of a certain interest, it has not yet been completely figured out and a range of questions remain on both the moral and legal spectrum. Morality is questioned when Banksy and Invader pieces are taken from the public arena to later reappear in auction catalogues. This is perfectly legal but it dœs question the link between the pieces and their environment, which forms the very foundations of street art.